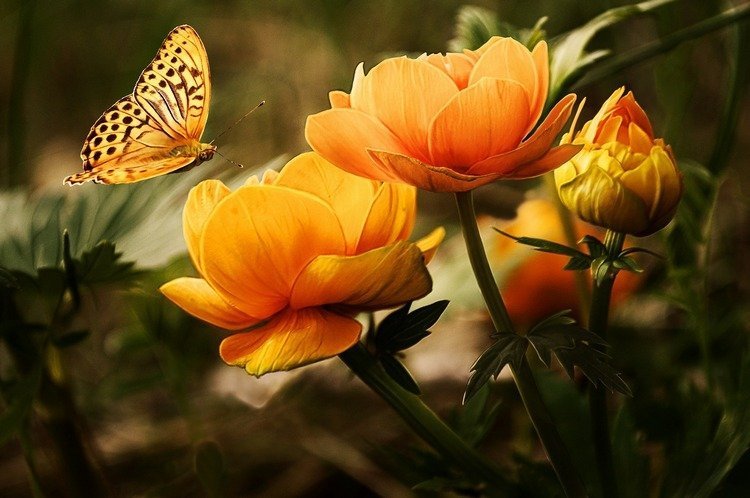 Have you ever had an out of the blue compliment that left you just speechless?

I grew up with red hair and freckles.  Apart from old ladies telling me what lovely colour hair I had, and one of my aunts telling me that freckles were ‘sun kisses’ (which really did make me feel a little better about them), I wasn’t one to get many compliments about my looks.

I also had a problem with pimples (acne) when I was a teenager, and well into my 20s.  Ughhh.

Plus, I’m short.  Well, I’m actually not so short, but I always felt like I was.

And I grew up thinking that everyone else was more beautiful than me.

I know, looks aren’t important, it’s what’s inside that counts.  Of course it is.

But, honestly, there is pressure on girls and women to be ‘beautiful’.  Especially from the media.  We don’t want people to think we’re ugly.  It’s a sad fact, but for a lot of women it’s true.  And, as we all know, it can cause terrible psychological and/or physical damage when a girl/woman feels like they’re not as ‘good’ or ‘beautiful’ as everyone else.

In my 30s, I came to terms with my colouring and features, and accepted that while I would never be beautiful, I was ok.  That was enough for me.

Moving forward some years and this red-headed freckle-faced Australian girl (who, by the way, also finds it impossible to tan – another barrier to being ‘beautiful’ according to modern western standards), finds herself in Russia.

Russia has a reputation for having some of the most beautiful women in the world.  It’s a reputation well deserved, as I found out after moving here.

Some of them are staggeringly beautiful.  I was so intimidated by Russian women when I first came here.  I really felt like an ugly duckling.  Sitting in the metro sometimes, surrounded by long-legged, blond-haired, blue-eyed beauties was sometimes painful.  I felt like the poor cousin from the village.  Unsophisticated and quite plain.

Let me repeat here – I know that looks aren’t important!  I know that beauty is in the eye of the beholder.  I know that it’s what’s inside that counts.

But years and years of social conditioning telling us that you have to look like a super model to be beautiful is pretty difficult to over-ride.

I’m married now.  As you know.  My husband says that I’m beautiful.  He tells me often.

If my husband says I’m beautiful, then that’s all that counts.  Or it should be.

But I still have times when I feel inferior to other women just because of physical features.  Especially as I get older.  I deal with it better now, and although it doesn’t make me depressed, it’s something that is constantly there.

Olivier and I are usually the oldest in any of our group of friends.  In some ways it’s good, we’re exotic creatures to them!  We’ve had a lot of life experience and have travelled abroad, which a lot of them haven’t done, which makes us ‘old and wise’.

So, we’re kind of popular here – like minor rock stars.

Back in 2011, we met a young Russian girl, let’s call her Oxana (because that’s her name).  She was a friend of the guys in the Russian punk rock group, FPG (it stands for ‘Fair Play Gang’).  One day we were having a party in our flat and they invited her along.

When I first saw her I was astounded at how beautiful she was.  Blond/sandy hair, nice figure, beautiful fresh face and skin.  She was young.  I was over 40.

Like almost all the people we’ve met here in Russia, she was very lovely, friendly and polite, intelligent and cheerful.  It was a pleasure to have her join our party.

Over the years we saw her from time to time in concerts, or with friends, although we never became close friends with her.  She got married, had a child, and we were connected only by social networks.

Recently we went to see FPG in a city called Kaluga (183km from Moscow),  and when we arrived we saw that Oxana had also travelled to Kaluga for the concert.

So, with the guys from the band, we were all backstage together telling stories, reminiscing about past parties, catching up on the news.

At one stage I was sitting next to Oxana, and she turned to me and asked me how old I was.  I told her (52).  She seemed a little shocked at this, and began to tell me how great I looked, especially my skin, it’s nice and smooth, no wrinkles etc.

So then it was my turn to be shocked!  She’s beautiful.  She has skin like porcelain.  She’s gorgeous.  And she’s telling me how lovely I am (for my age).

I tried to explain that I use coconut oil on my face, but she said no, it’s not that, it has to be genetic for me to have such nice skin at 52.

I asked her how old she was – 27!  That means that she was only 19 when we first met her that day at our party!

Beautiful Oxana, who I envy to be like.  Oxana – who has blond hair, no freckles, no pimples, and tans easily – gave me a compliment.

Totally unexpected and it made my day.

It’s what’s inside that counts

Even though it’s what’s inside that counts, it’s difficult to get rid of this idea that physical beauty is something to be valued.  I know it shouldn’t have, but this compliment gave me a huge boost.

I guess the conditioning I got when I was young was really, really strong.  I think I’ll always attach some ‘importance’ to how we look, even though I know it’s not really important at all.

PS.  Please don’t think I wrote this just to fish for compliments.  I wrote it to show that even after 50+ years of life, it’s still difficult not to consider physical beauty as important.  We’re all beautiful.

27 thoughts on “An Unexpected Compliment”